This guide is designed for installing Plex on a vanilla Ubuntu 22.04 LTS system running on an Intel Gen 11 (Tiger Lake) cpu via Docker.

I choose Docker over bare metal / native due to the ease of long term maintenance when using Docker compared to being installed directly on the host. I have run Plex both ways and I prefer Docker, even on a dedicated Plex server.

If you run into any problems with the steps, try the reference links. They will often have more detailed information for a specific task, my instructions follow the happy path, ie: everything went fine the first time and with problems.

These optional steps are not required and you can skip them if you want.

Install nano. Nano is a text editor that I prefer over vi or others.

Install package updates. I suggest having all your packages current before beginning, but it isn't necessary. Any packages that need to be updated by the required components will be during the process.

The Intel Compute Runtime components are used by Plex for hardware encoding/decoding on Linux systems. If you don't have these components installed any transcoding done with be in software only.

For this install I am using the current version of the runtime, 22.37.24175. You can substitute a different or newer version by downloading the components for that release from https://github.com/intel/compute-runtime. Other then the version you download and use (the wget commands) the instructions below are the same across releases.

Install the package as root

Cleanup the downloads after installing the runtime.

The Plex instructions say you need to install ocl-icd-libopencl1 and beignet-opencl-icd to enable HDR to SDR tone mapping in hardware.

In Ubuntu 22.04, beignet-opencl-icd, isn't a supported package. What I read seems to say later CPU's don't require this, so I am skipping those particular instructions for the time being. For reference they are:

The naming convention leaves something to be desired as it is free to the user. The non-free version is not installed by default, so install that to have full hardware decode/encode capabilities.

It is also worth noting that I am haven't verified that the non-free version is required. I didn't see Plex mention it, but other guides have mentioned using it, and I don't see any reason not to at this point.

First start by removing any old versions of Docker that might be installed by default. If you are already using Docker, you can skip this entire section.

Install components used for setting up the Docker repository.

Update the Apt repository to include the Docker repository when using apt commands.

Optional - Connecting Your NAS to the Host System

All my media is hosted on a separate network attached storage system, using NFS to connect to the shared folders. I have my files split into three NFS shares, one for music, one for photos, and one for video.

This part is mostly for my own reference, but if you want to use NFS these are the instructions to get the client portion of NFS setup. You will still need to setup the NFS server that hosts the NFS shares. This assumes that is already done.

Create a directory for the NFS mounts to live.

Setup the shares to mount at boot up.

Add to the fstab file the following entries, adjusting the IP address and the NFS share name.

Sometimes during a power failure or other similar issue, the NAS may not boot up as fast as the Plex server. This can result in the media drives not being mapped and Plex showing content as unavailable.

You can create a simple script that checks for a folder in the media folder locations, and if it doesn't exist it will try to remount the remote drives. Then you use cron to schedule this to run every 10 minutes.

Give the script execute permissions.

Then put the script in crontab running as root to check every 10 minutes.

Add the following line at the end.

Obtain a Plex claim token, which is necessary for your Plex server to tie to your Plex account. If server is already logged in, this parameter is ignored. You can obtain a claim token to login your server to your plex account by visiting https://www.plex.tv/claim

The claim token may expire, so you may need to go back and get a new one and reenter the new claim token into the docker-compose.yml file, depending on how long the remaining steps take you.

Create a docker-compose.yml for configuring the container. I use Nano for my text editor, but you can use whatever you like.

Enter in the configuration for your Plex server. I am using the official Plex docker image, but if you are using LinuxServer.io or other image, the values may vary. The site that hosts each image almost always has documentation on the various options. The following is what mine configuration looks like.

Test the container to make sure it is formatted correctly, and fix any errors you find.

Start the container. Reminder to get a new claim token if this took you more then four minutes, which it most likely did.

If you are using the Public or Beta tags, you can setup Plex to auto update the Plex version by simply restarting the container. The easiest way to do this is to set a cron job to restart the container weekly.

I restart mine every Monday at 3:30am. You can use https://crontab.guru/ if you aren't familiar with cron and want to set a different schedule.

Replace plex with the name of your container, which is defined in the docker-compose.yml file.

You edit the crontab as user root with the command:

You can verify this was updated correctly by the command:

The results should look similar to this. 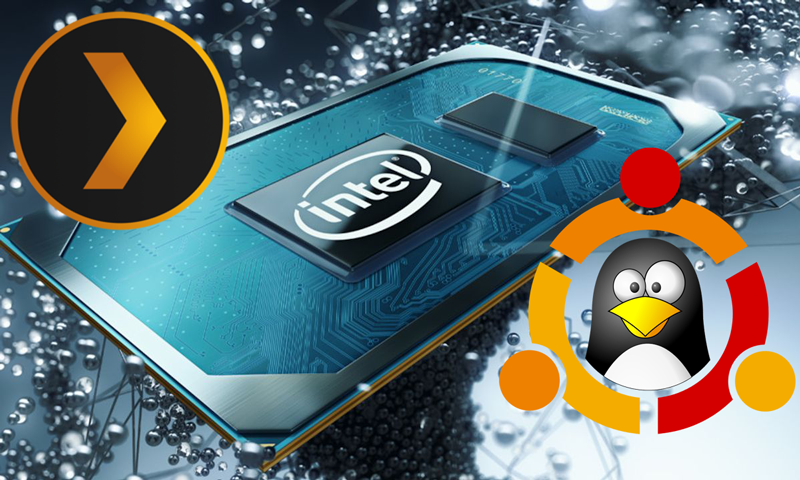 Setting up Ubuntu 21.10 for Plex Media Server with an Intel Gen 12 CPU

Setting up Discourse on a Synology with Docker

This tutorial details how to get Discourse running on a Synology NAS using Docker.
Oct 8, 2021
7 min read